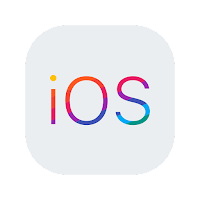 ios_apt is not a separate project, it's just a part of the mac_apt framework, and serves as a launch script that processes iOS/iPadOS artifacts.

Why yet another iOS parsing tool, don't we already have too many?

In addition to paid tools, we have iLEAPP, APOLLO and a few others, and I am also an active contributor to some of them. This isn't meant to compete with them, rather it utilizes the mac_apt framework to prevent duplication of work.

Many artifacts on iOS and macOS share common backend databases, configuration and artifact types. Among the artifacts that are almost identical are -

There are a few others too that aren't listed here. But you get the picture. Since mac_apt already parsed all of them, it made sense to just create an ios variant that parses these from ios extractions.

Also many of these artifacts are fairly complex and other FOSS tools don't have the architecture needed to handle them. APOLLO only gathers information from SQLite databases. iLEAPP is geared towards single artifact parsing per plugin. It is not designed for multiple layers of parsing where information parsed from one artifact/file may be used as a key to jump to an artifact elsewhere on disk.

In its first version, ios_apt only works on full file system images extracted out to a folder. No support yet for zip/tar/dar/7z/other archives.

The following Plugins are available as of now -

Download the latest version of mac_apt to get ios_apt.
Posted by Yogesh Khatri at 10:04 PM