Gboard has some interesting data.. 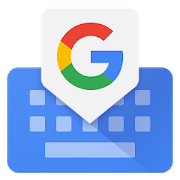 Gboard - the Google Keyboard, is the default keyboard on Pixel devices, and overall has been installed over a billion times according to the Play Store.

Although not the default on most non-Google brands, it is a popular app installed by foreign language users because of its good support and convenience of use particularly with dozens of Asian and Indian languages.

As a keyboard app, it monitors and analyzes your keystrokes, offering suggestions and corrections for spelling and grammar, sentence completion and even emoji suggestions.

Now for the interesting part. Since the last few versions, it also retains a lot of data (ie, user keystrokes!) in its cache. This is at least seen from the version from Jan 2020 (v 8.3.x). From a DFIR perspective, that is GOLD. For a forensic examiner, this can possibly show you data that was typed by the user on an app that is now deleted, or show messages typed that were then deleted, or messages from apps that have the disappearing message feature turned on! Or data entered into fields on web pages/online apps (that wouldn't be stored locally at all). Also for some apps that don't track when a particular item was created/modified, this could be useful.

Note - The Signal app wasn't specifically tested to see if data from that app is retained, but based on what we can see here, it seems likely those messages would end up here too. All testing was on a Pixel 3 running latest Android 11 using the default keyboard, and default settings. This was also verified on other earlier taken images. Josh Hickman's Android 10 Pixel 3 image was also used, and Josh was able to verify that Telegram and WhatsApp sent messages were present here. The specific versions of Gboard databases studied were:

Here you might see a number of databases that start with trainingcache*. These are the files that contain the caches. In different versions of the app, the database formats and names have changed a bit. Of these, useful data can be found in trainingcache2.db, trainingcache3.db and trainingcachev2.db. Let's examine some of them now.

The table training_input_events_table contains information about the application in focus, its field name (where input was sent), the timestamp of event and a protobuf BLOB stored in _payload field, as shown in screenshot below.
The highlighted entry above is from an app that was since deleted. The _payload BLOB is decoded in screenshot below, highlighting the text typed by the user in the Email input field. The protobuf has also has all of the data included in the other columns in the table.
In most instances however, the protobuf looks like this - see screenshot below, where input needs to be put back together as shown.. Here you can see the words the user typed as well as suggestions offered by the app. Suggestions can be for spelling, grammar, or contact names, or something else.
Above, you can see the words typed and suggestions offered. On an Android device, the suggestions appear as shown below while typing.

In version 8.x, this same database is named trainingcache2.db, and follows the same exact format. The table s_table looks similar to the training_input_events_table seen earlier. However, the _payload field does not store the keystokes here.
Keystroke data is stored in the table tf_table. Here, most entries are a single key press, and to read this, it again needs to be put back together as shown below.
All keystrokes from the same session have the same f1 value (a timestamp like field but not used as a timestamp). The order of the keys pressed is stored in f4. Assuming they are all in order, we can run a short query to concatenate the f3 column values for easy reading (shown below). This isn't perfect, as group_concat() doesn't guarantee order of concatenation, but it seems to work for now!

We can combine (join) this data with the one from s_table to recreate the same data as we got from training_input_events_table earlier.
In the screenshot shown above, you can even see data being typed into a google doc, not saved locally. Only a snippet is shown above, but if you want to see the full parsed data, get Josh's Android image(s), and the latest version of ALEAPP (code), which now parses this out. Below is a preview (from a different image my students might recognize).
Cached keystroke data can also be seen and reconstructed from trainingcachev2.db, whose format is a bit different (not discussed here). Nothing of significance was found in trainingcache4 or the other databases.

As expected, keystrokes from password fields are not stored or tracked.

In data reconstructed from tf_table, you can see all the spelling mistakes a user made while typing! Any corrections made in the middle of a word/sentence will be seen at the end (because we are getting the raw keystokes in order of keys pressed). Hence it might be difficult to read some input. Also, if a user types something into a field, then deletes a word(s), and retypes, you won't see the final edited (clean) version, as backspaces (delete) are not tracked. You can see some of this in the output above (figure 9).
The caches are periodically deleted (and likely size limited too), and so you shouldn't expect to find all user typed data here.
Posted by Yogesh Khatri at 3:26 PM